The heartbreaking story of a man who has to relive the same day over and over, brutally murdering any camp counselor who crosses his path. 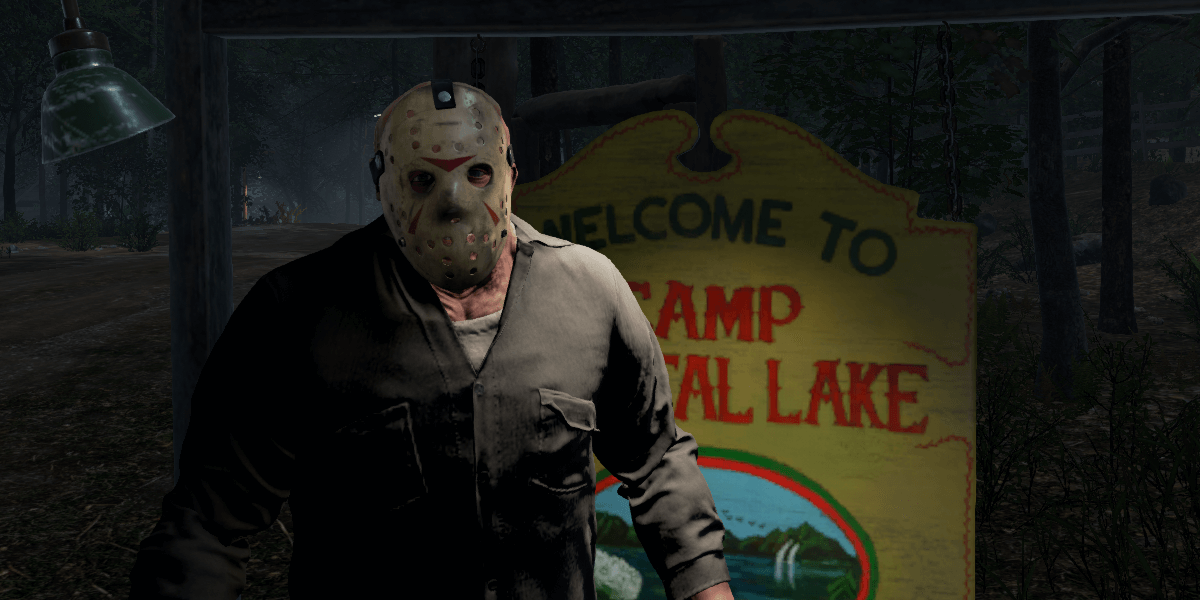 Here we are on Friday the 13th, a fun little occasion marked by movie fans and deranged psychopaths alike, but our humble celebration is another man's nightmare. Take local camp maintenance worker Jason Voorhees, for example, who is trapped in a never-ending cycle of reliving the same day over and over. The day happens to be when he woke up and accidentally murdered numerous camp counselors, a tragic mistake he is forced to experience time and time again while stewing in a mix of despair and regret.

"Every day I wake up in one of several camps," Mr. Voorhees explained. "But things began to happen the same way each time and I quickly realized that I've been stuck in an endless cycle of my own torment." On that fateful Friday the 13th, you could say his victims felt the same way. The events that unfolded were largely accidental and part of a greater misunderstanding, Mr. Voorhees claims.

The way he describes the murders going down paints a vastly different picture than official accounts. "So when I arrived at a cabin with a work order to fix a window, I heard a scream so I sprang into action," Mr. Voorhees told us. "I assumed that one of the counselors was in danger but I still had my mask on from hockey practice so I couldn't see clearly. I grabbed who I thought was the intruder and put them right through the window before realizing that it was actually me who was the intruder."

Tragically, the victim happened to be one of the camp counselors who was frightened by the hockey mask-wearing man who had just let himself into her cabin. What Mr. Voorhees thought was a heroic act quickly turned into an incredible tragedy. When he realized his mistake, he ran out of the cabin to get help, only to find the remaining camp counselors wielding all kinds of weapons ready to attack.

While trying to explain himself, Mr. Voorhees was stabbed in the neck with a pocket knife and shot by another counselor with a flare gun. Having limited visibility from the hockey mask he was still wearing, he grabbed the nearest counselor to get his attention but tripped and caused the frightened man to get impaled on a nearby tree. The blunders kept piling up as he went to grab a marshmallow with a fire poker and mistakenly shoved it down another counselor's throat, adding yet another grisly murder to his body count that day.

"Man, I don't know what came over me," Mr. Voorhees admitted. "All I know is that I messed up a few times, you know? But now I have to relive that every single day. When the counselors kill me or I try to leave, I just wake up in one of the camps and it all starts again." There is seemingly no escape for this distraught man no matter what he tries. When he runs to get help or flag down a passing car, he explains, the fleeing counselors or vehicles sometimes reach a certain point and seemingly just disappear into thin air. "Once in a while, the police arrive, but when I approach them, they simply gun me down and I wake up on Friday the 13th yet again. Nobody can help me."

This is a man haunted by his mistakes, trapped in an impossible cycle he cannot seem to break out of. If he could do one thing differently on that day, he told us, it would be to skip hockey practice and just sleep in that morning. The misunderstandings stemmed from that and the whole mess might not have happened any other way. Jason Voorhees cannot know for sure, however, as he wakes up to yet another Friday the 13th where he hopelessly watches himself in his own personal hell, teeming with despair.