Fuck It, Let's Rate Some Knives 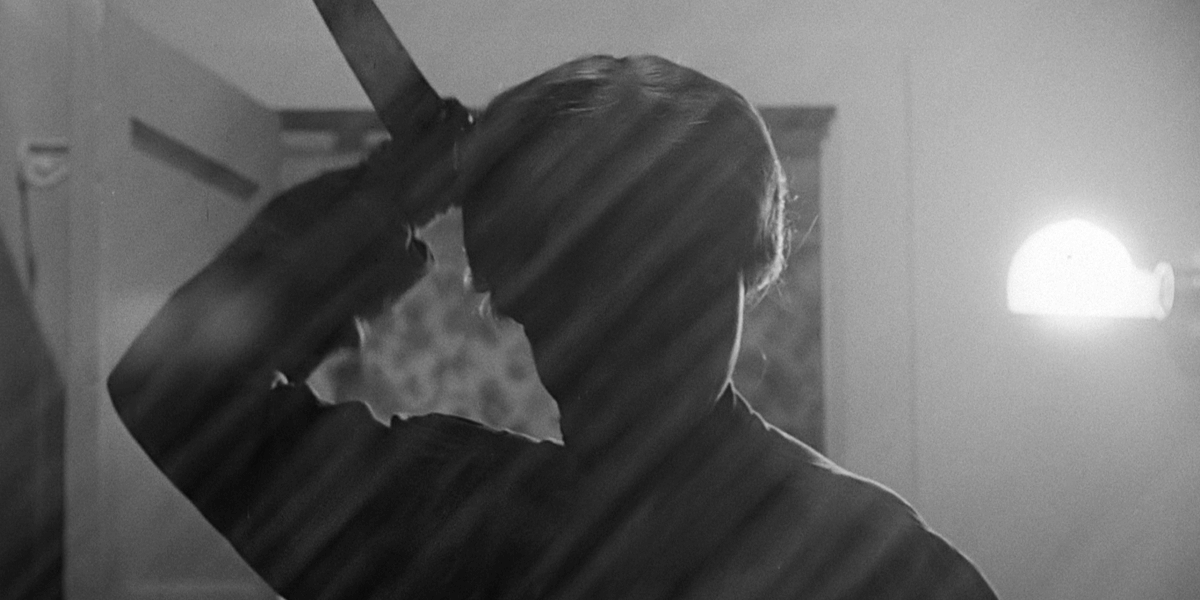 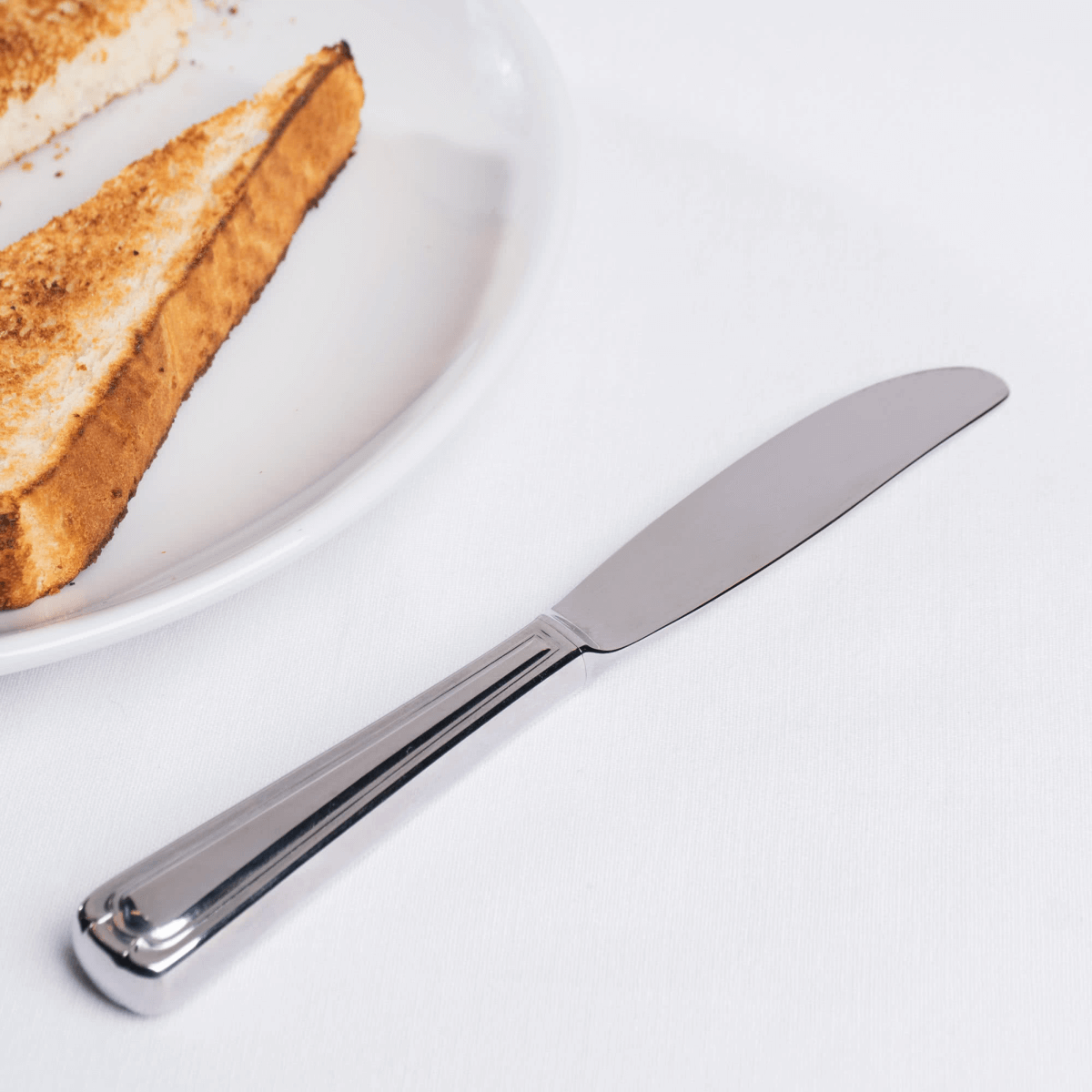 Let’s just cut right into it and get started with one of the most common knives of all: the butter knife. This fine piece of craftsmanship has a dull edge and a rounded point. It’s not very heavy and it feels quite comfortable in the hand, that is, if you’ve invested in a sturdy butter knife. An excellent way of testing the sturdiness of your butter knife is to simply make an attempt to bend it out of shape. If you’re successful in doing so, throw that piece of shit out immediately. The butter knife is obviously great for spreading butter or other spreads onto your choice of food. It doesn’t cut very well due to its dull edge so we wouldn’t recommend it for slicing and dicing. 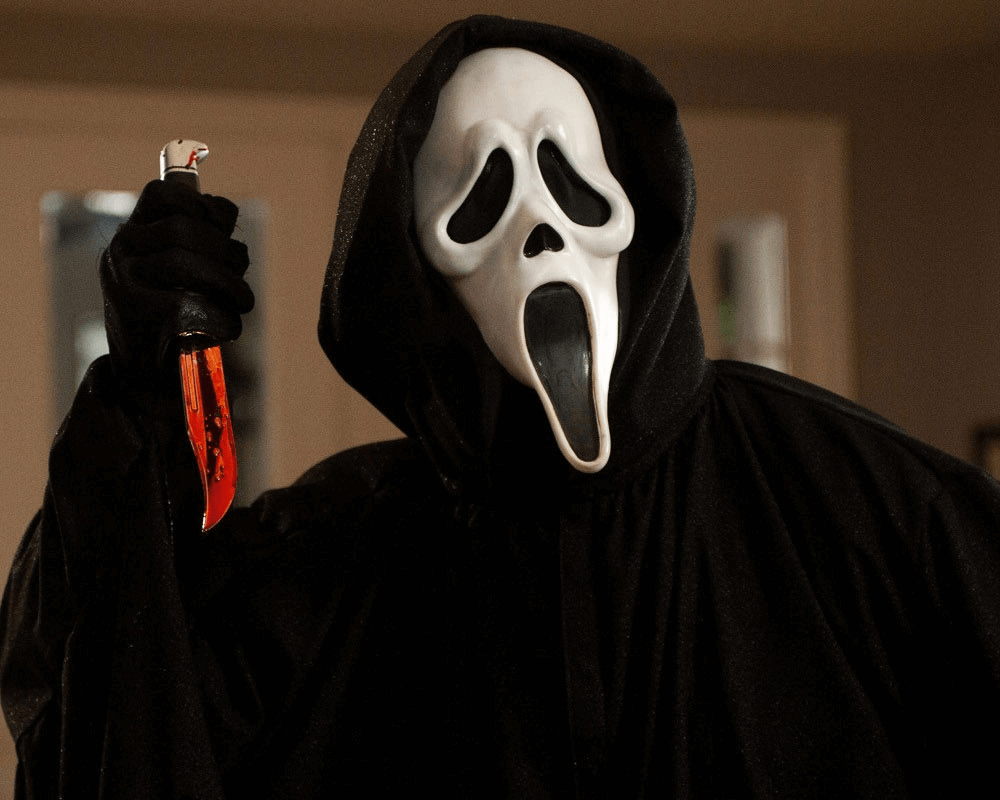 This exquisite blade has a very sharp edge and its clip point can inflict considerable damage to the animal you’re hunting. The Buck 120 is an exceptional choice for a hunting knife for several different reasons. Its main draw is that its made of chromium stainless steels and this will ensure that the blade is protected from the elements or any messy blood splatter. It’s also very user-friendly in the fact that it’s easy to handle and also rather simple to re-sharpen. Finally, it cleans very well and you can use water from a nearby sink or river to make this beauty look brand new again. Make sure to dry with a dish towel, or if that’s not available, you can even use your own clothing. It’s also great for intentional punctures like making new holes in your belt or stylishly customizing your pants or shirts to the latest fashion trends. 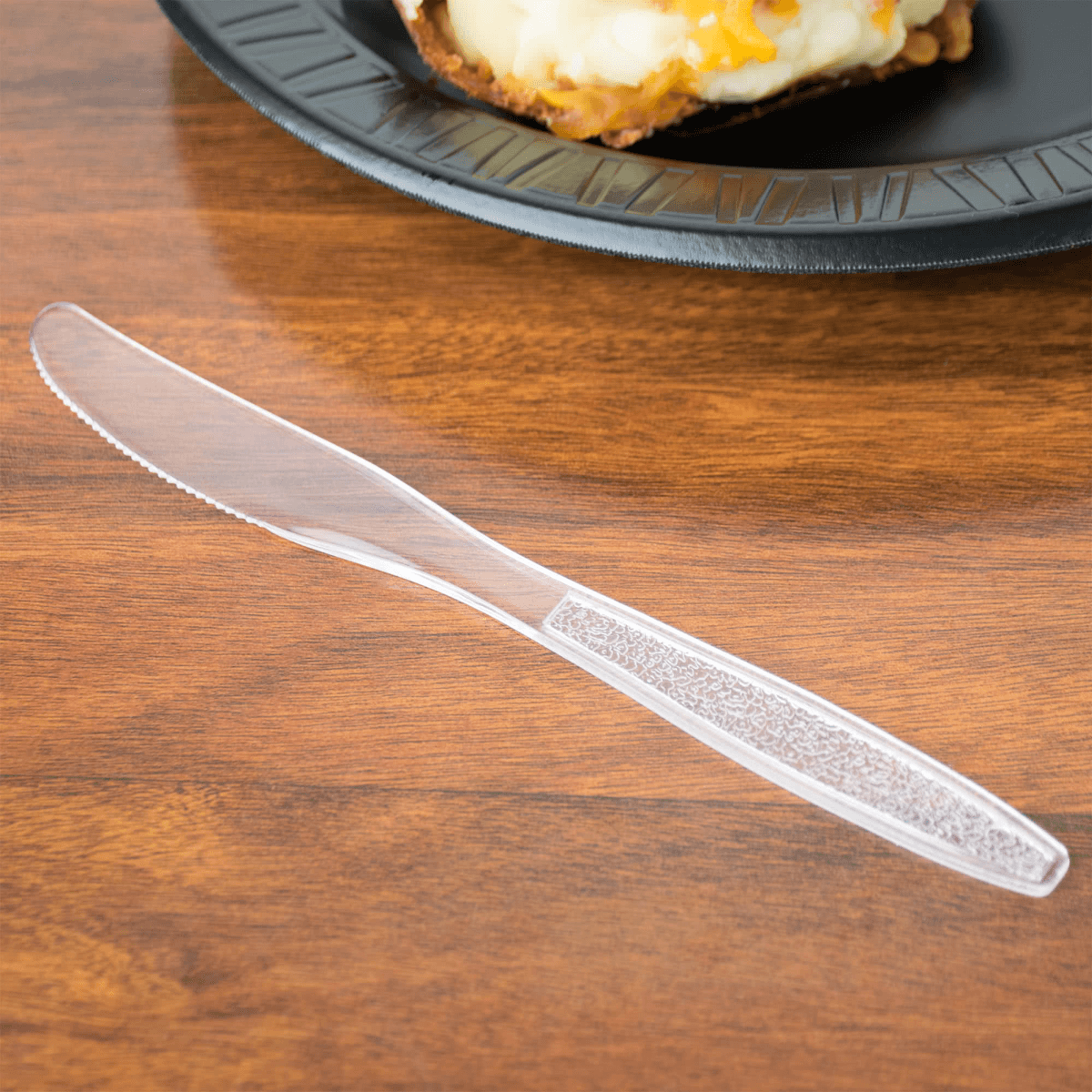 It’s plastic, inexpensive, and usually comes with a take-out meal that may require its usage along with other plastic utensils. This knife isn’t very durable and can be broken apart with very little effort, but let’s cut the shit, shall we? You’ve probably also used the plastic knife to pretend-cut others or even yourself as a joke. However, a valuable life lesson was learned that day when it was revealed that the plastic knife cuts rather effectively. It’s like the painful feeling of a paper cut but so much worse. Don’t foolishly overlook the power of this simple-but-efficient knife. 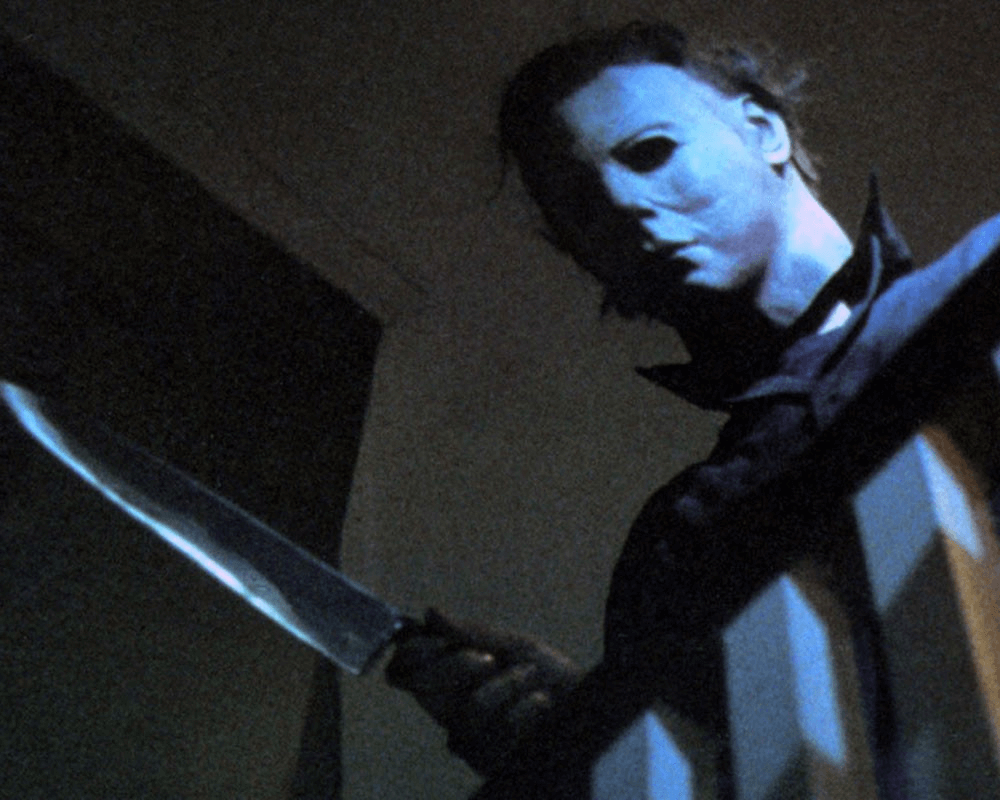 Our first observation is that this is a very long blade. The full measurement from the tip to the end of the handle clocks it in at an impressive 17 inches. We had the privilege to observe this blade put to the test at a local butcher shop and were able to reach a few conclusions. Despite the concerned looks on the faces of customers and staff, who appeared confused with our methods, we are able to confirm that this blade is guaranteed to completely pierce through even the most stubborn slabs of meat. We also successfully tested its slicing capability against wood, glass, leather, and cotton. Its sharp edge can slice pretty much anything extremely well. We don’t particularly recommend it for use at the dinner table, but if you’ve got nothing else to carve your roasted cadavers, then this one should do. This blade really is meant to be kept in your kitchen for food preparation and you probably shouldn’t be walking around with it anywhere else, as we came to learn. Overall, this is a splendid blade that held up to our tests very well and we highly recommend it. 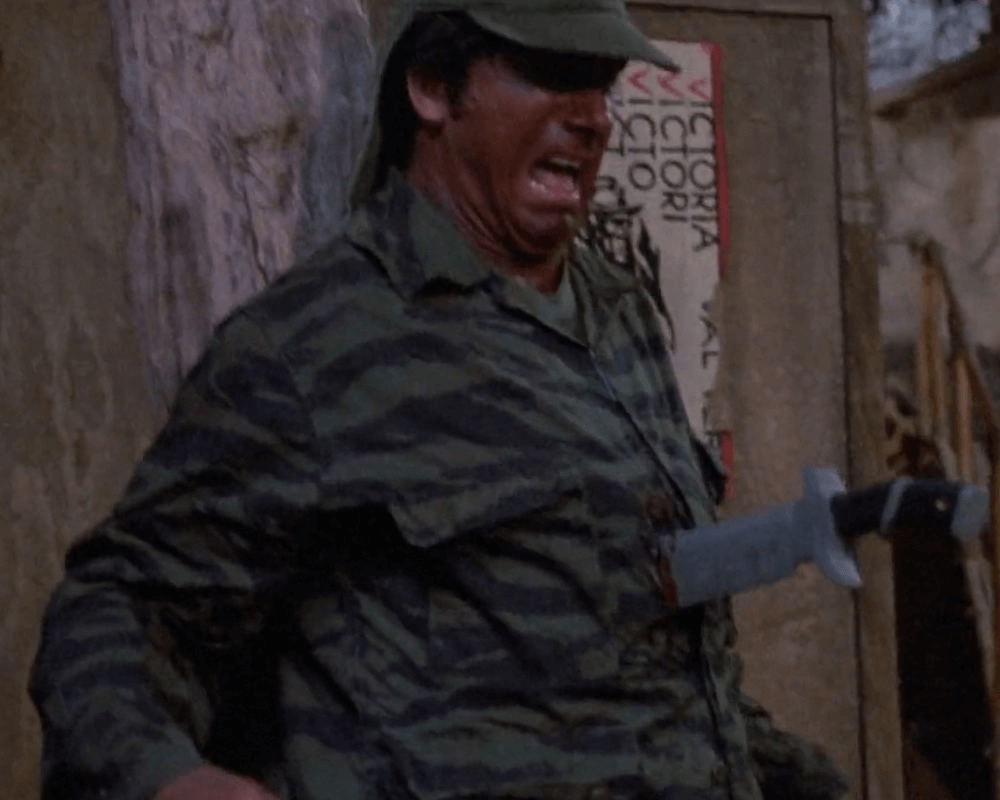 We’re not even sure what the official name is, but let’s go with Dutch’s Big Knife because that sounds pretty awesome. Named after Major Alan Schaefer, better known as “Dutch,” who was a mercenary and the leader of a private military team. Anyway, let’s talk about this blade. It actually looks very similar to a machete and we’re confident in saying the bladesmith responsible for crafting this tasteful piece was inspired by those types of blades. Not that you should stick a knife through another human being, as displayed in the picture above, but it’s an excellent example in showcasing Dutch’s Big Knife’s measurements. From the tip to the end of the handle, this thing is a whopping 20 inches in length. Dutch himself was delighted to show us what his blade was capable of when he cut down some dead carcasses, hacked away at thick tree vines, and helped one of his soldiers out by scooping a deadly scorpion off his back. It seemed like a very useful tool that every soldier should be carrying around with them. We didn’t personally get a chance to use it because it belonged to Dutch and he needed it. He kept going on about some absurd nonsense with an invisible lizard creature that they were trying to find and hunt down. We didn’t want to take any more of their precious time and left them to it. 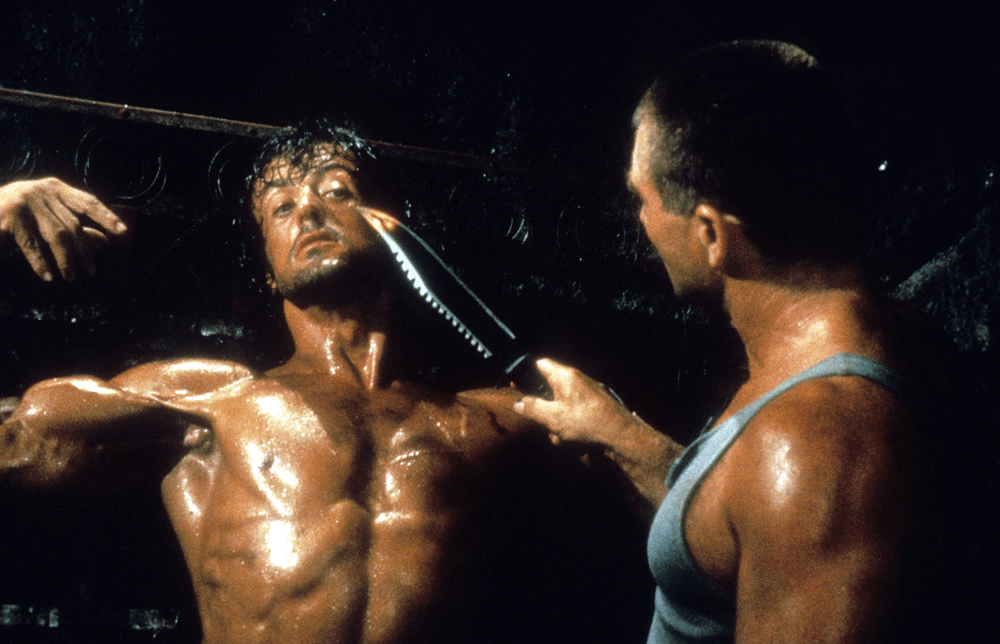 Here’s another knife which we’re not sure of the official name for, so we’re just going with Rambo’s Survival Knife. It belongs to John Rambo, a former Vietnam veteran and highly-skilled Green Beret who is pictured above and in the midsts of being tortured with his own blade. Anyway, before Rambo was captured he showed us his really cool-ass knife. His blade was equipped with a hollow, watertight stainless steel handle that housed a useful survival kit. At the butt of the handle, there was a screw-on pommel that contained a precision compass on the inside, and on the outside was a pointed metal glass breaker. The handle was wrapped in sleek black nylon cordage and the blade guard’s edge featured lashing holes and Phillips head screwdrivers. The blade was sharp as fuck and Rambo creeped us out when he started carving out “Teasle” on some wood before slamming the blade right on top of it. We’re pretty sure if “Teasle” is a person, he or she is so fucked once Rambo eventually escapes. I guess when he slammed his blade, it made too much noise because he was then captured and dragged off by some angry looking military people shouting in a foreign language. 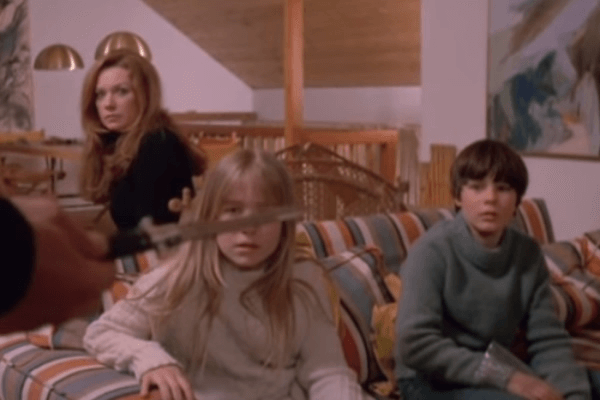 This is actually a really cool but controversial knife. For some reason, it’s banned in most countries that don’t seem to understand what a perfectly acceptable knife to have around is all about. It’s got a terrific safety feature where the blade is contained within the handle and can only be released with the push of a button. You can hear it click open really well and everybody around you knows the blade has been released from its lock position. Instead of storing firearms in your home, you can have switchblades in every room for superior protection. This is an especially great alternative for families looking to remove firearms out of their homes after tragedy struck and their children accidentally shot themselves in the face. Sure, this blade is sharp but you’ve got a much better chance to save your loved ones if they start playing around with a switchblade. It’s also really good for cutting the skin off apples and shit. 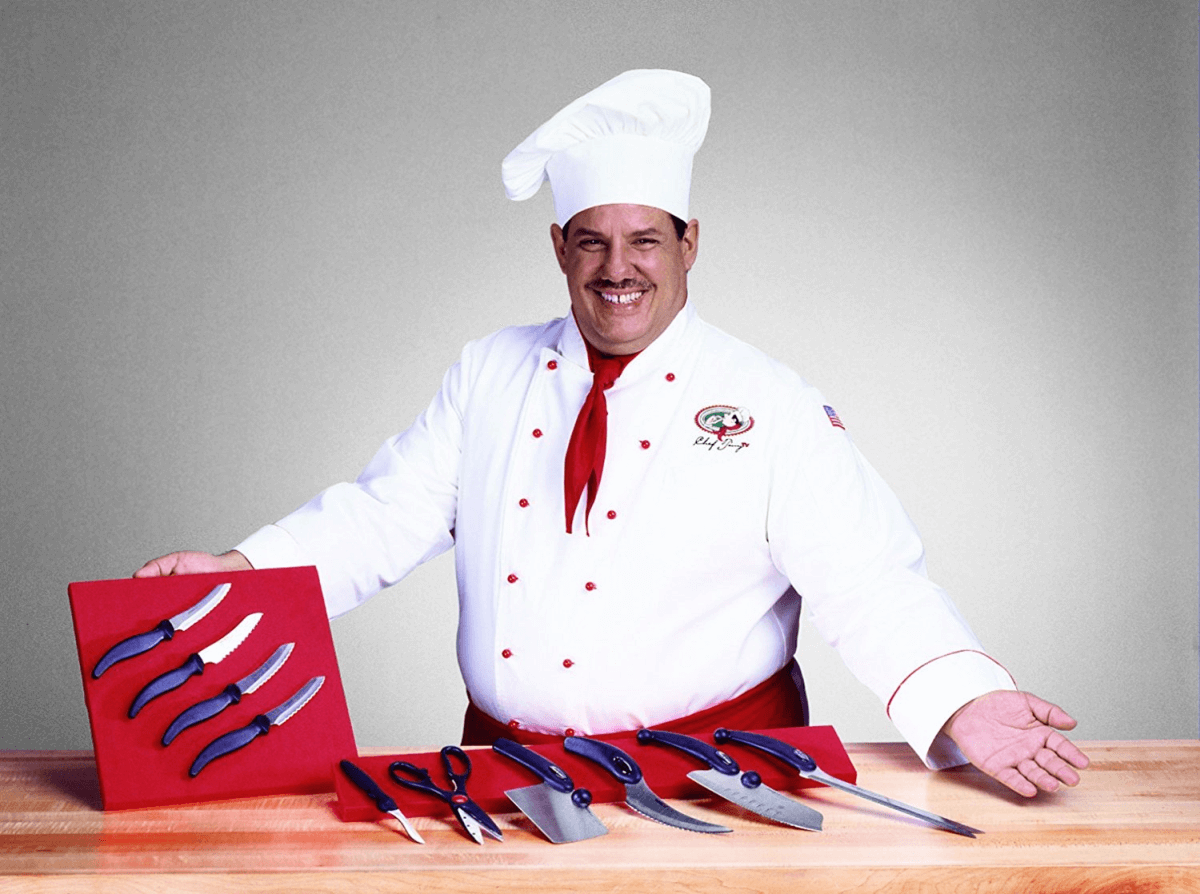 You need to respect a man named Chef Tony. We don’t know much about him but we know that he’s Italian and that he loves knives. It took him a few tries but he perfected his knife selection with the Miracle Blade III Perfection Series. Now that’s true dedication and we greatly admire his passion for knives. We don’t even need to test or go through the selection piece-by-piece because we can absolutely trust Chef Tony. How many people do you know that have committed their lives to the art of knifes? Nobody but us and Chef Tony? That’s what we thought. We’ve seen Chef Tony confidently use his blades to cut shoes, steel, paper, and frozen meat, slice pineapple in mid-air, and cut right through thick bone. There’s a special place in Heaven for Chef Tony and you need to make a special place in your hearts and kitchens for Chef Tony’s Miracle Blade III Perfection Series.

All of these knives are excellent but none of them can compete with Chef Tony’s Miracle Blade III Perfection Series. We’re going with Rambo’s Survival Knife for second place, which is now back in the hands of Rambo as of press time. In last place is the plastic knife because it can teach kids a valuable life lesson to not play around with sharp objects.