The Rotting Corpse is a satire column about horror. 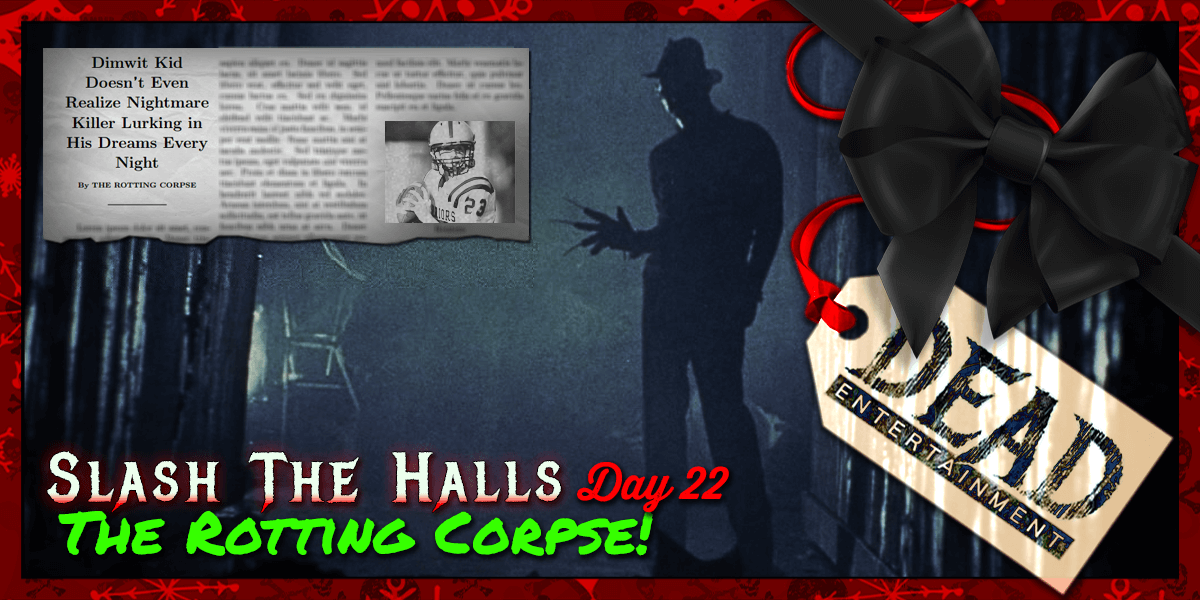 SPRINGWOOD—After reports of yet another nightmarish encounter with the same horrifying dream killer, local high school student and star quarterback Timothy Harrison told reporters he wasn’t sure what the big deal was. “I dunno,” said Harrison, “I thought I had a pretty cool dream and woke up feeling great.” Students of all ages in the Springwood, Ohio school district have been repeatedly terrorized by the same disfigured murderer every single night for the past 3 weeks, possibly as a supernatural act of revenge for his own grisly death by town residents many years prior.

“So I got on the bus in my dream and everything seemed mostly normal. It stopped right out front and I went into school,” Harrison recalled. “Nobody else got off the bus, but what was even weirder was that all of my books had words shuffling around on the pages. Pretty cool dream.” Other students reported that the pages of their books frequently shuffled around to reveal terrifying threats directed at them before their school bus ride took a horrifying detour when the killer revealed himself as the driver and took them to a deep chasm.

Harrison was not phased that night, however, after his dream took another frightening turn when he found himself in a boiler room being stalked by the murderer himself. “It was a little dark in there but I tried to mind my own business and get back to class,” he commented. “There was definitely someone else there, but you know, you just keep your head down and stay out of trouble. It wasn’t really a scary situation at all.” One student was found dead earlier this week after complaining of similar vivid nightmares involving the exact same situations.

At press time, Harrison, who just got a C-minus on yesterday’s math test, was completely oblivious to the persistent stalking he faced every single night at the hands of the dream killer whose body count continues to rise with each passing day.