Cynthia is the Monster-Baby of Your Nightmares

Check out the new horror film from Girls and Corpses Magazine's film label.

Girls and Corpses Magazine is breaking into new territory, moving from newsstands to the big screen (and home video) with the impending release of their first film via Indican Pictures. Cynthia is a horror-comedy featuring an adorable baby... monster? This isn't quite Rosemary's Baby, but this one might charm you in another way altogether. Check out the official synopsis for the film below.

Judging by the trailer above, we are hoping for a little of both, but are guessing the "nightmare" part is more likely what's in store for us. Cynthia has a well-rounded cast of horror actors you are sure to be familiar with by now. Scout Taylor-Compton (Rob Zombie's Halloween, Halloween II) joins Sid Haig and Bill Moseley (House of 1000 Corpses, The Devil's Rejects, Three From Hell) to headline the cast in what is sure to be a unique horror-comedy experience.

With this being a monster film, the importance of creature design can't be overstated, so that aspect of the film was certainly in good hands with Mario Torres on board, who worked on such projects as The Shape of Water, Hellboy, Starship Troopers, and The Strain.

Cynthia was written and produced by Robert Rhine, founder of Girls and Corpses Magazine, and directed by Devon Downs and Kenny Gage. The film is due to hit theaters in a limited run starting on August 31st with a home video release of September 18th following shortly thereafter. Keep an eye out for Girls and Corpses Films Presents' other upcoming horror-comedy, Exorcism at 60,000 Feet. 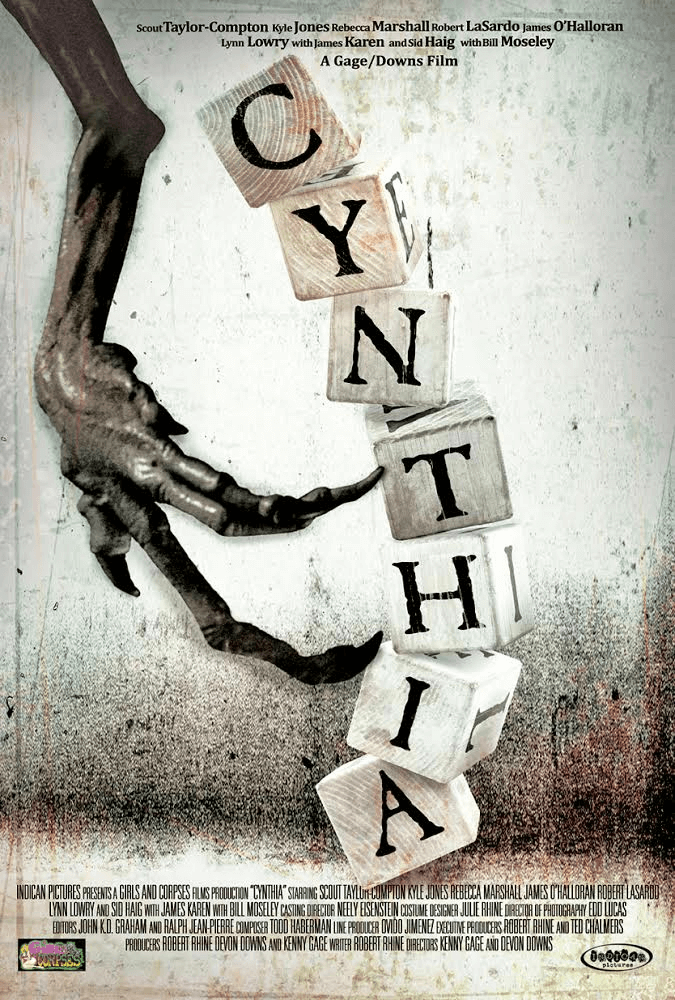