We have all the details about this great new addition to the game right here. 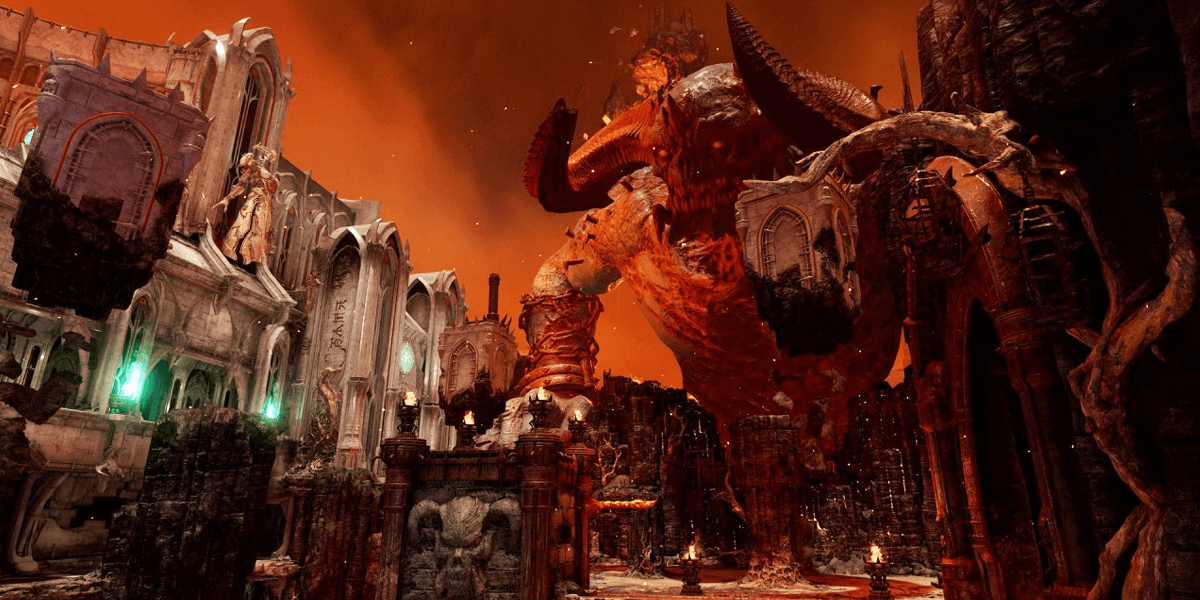 QuakeCon 2019 is still underway, but we have some great new information to talk about in regards to the upcoming DOOM Eternal, which is launching later this year in November. The keynote address given by Marty Stratton, executive producer of the title, alongside the game’s creative director, Hugo Martin, gave us some insight about BATTLEMODE, which is an interesting new feature for the series.

In BATTLEMODE, you either have the option to play as the Slayer or a demon of your choice. Each of the characters have their own unique abilities and disadvantages, so there is a level playing field no matter which side you pick. Winners are determined in a best of five series of matchups. After each round, the winner can select power items to carry over to the next round, such as the BFG weapon for the Slayer or the ability to summon the Baron of Hell for the demon side.

All of the demons in BATTLEMODE can drop hazards that damage the Slayer, as well as summon different combinations of AI-controlled demons that fight just like you’d expect them to from the single-player campaign. Dropping hazards and summoning demons is controlled through a summoning wheel, which will allow players to use these critical tools quickly when under fire.

While the arena environments can favor both sides, it can also be a cat-and-mouse game as each side attempts to locate the other. The Slayer has the advantage of using two portals in the arena, along with jump pads and monkey bars, to traverse the environment quickly. For the demons, they have the ability of tracking the Slayer if he is within their sight but can quickly lose him if he obstructs their vision by hiding behind walls. In addition, the demons have a secondary advantage that if one dies, they can be respawned in twenty-seconds with half of their health. Therefore, the Slayer must act quickly to end the round or run the risk of being crushed by his opponents.

At launch, BATTLEMODE is expected to have five playable demons and one Slayer, the latter of which seems rather obvious but is stated anyway. Players can expect more demons and maps to arrive sometime after launch, which will be provided at no additional cost once they are unleashed to the public. For now, the demons that you can play as should be recognizable to long-time DOOM fans, as they are taken from previous installments in the series. Check out the Slayer and the five playable demons below, some of which have a description of what to expect. 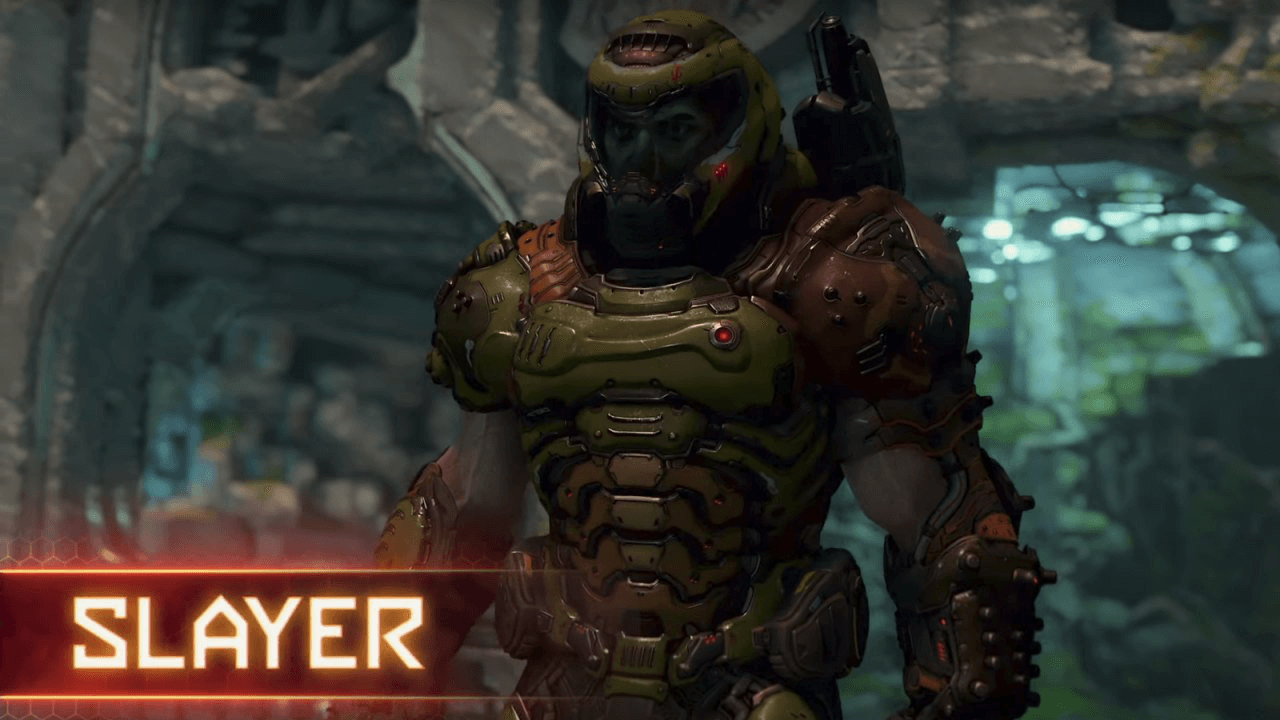 In BATTLEMODE, players take control of a fully-loaded Slayer with all of his guns, modifications, and equipment. Just like in single player, the Slayer must aggressively manage not just the demons in the arena, but also their resources.

Glory kill demons to replenish health, chainsaw to gain ammo, and torch them to add armor, but beware, each demon player has a slow-charging ability to block those resources for a short time during the round. A perfectly-timed resource block can put the Slayer on the ropes. 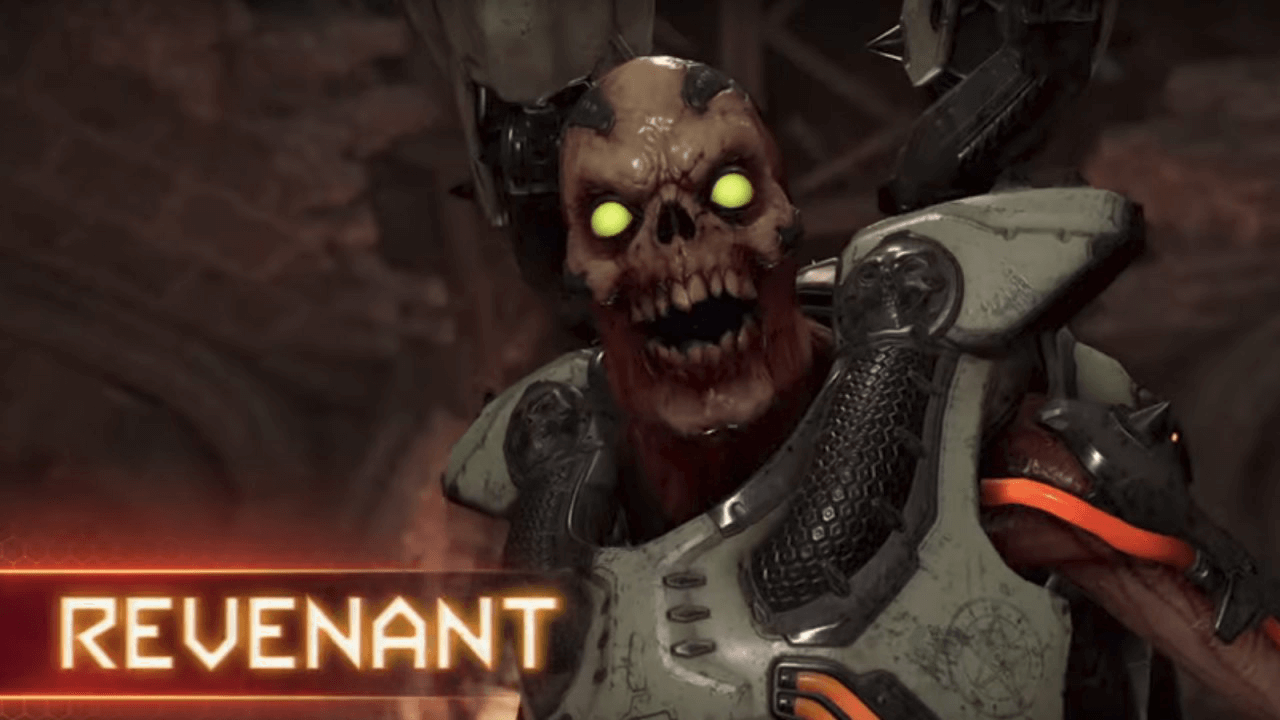 One of the most versatile and agile demons, his jetpack and dash allow you to move quickly through the environment. His shoulder-mounted rockets deliver consistent firepower while his special attack, a targeted rocket barrage, delivers heavy long-range damage to his opponent. 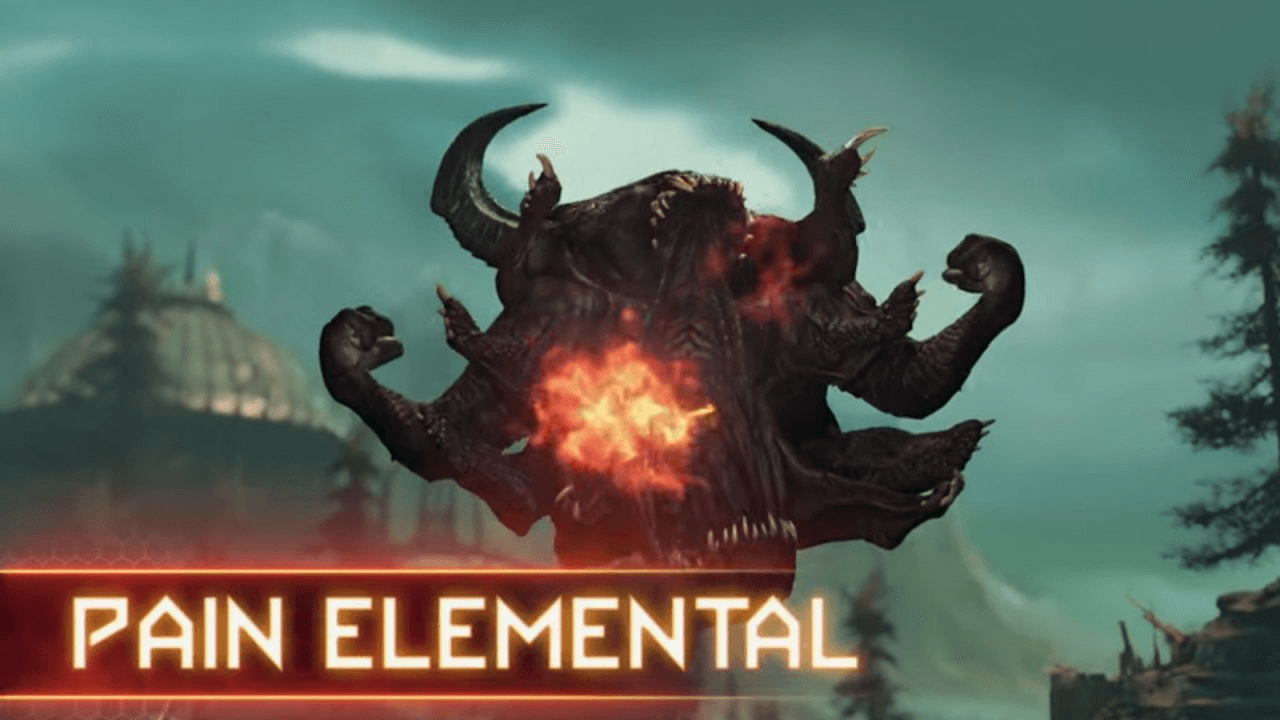 His ability to fly gives him a birds-eye view, making it easier to track the Slayer and attack from the air, but that makes him more vulnerable when he’s not using his rechargeable soul shield. 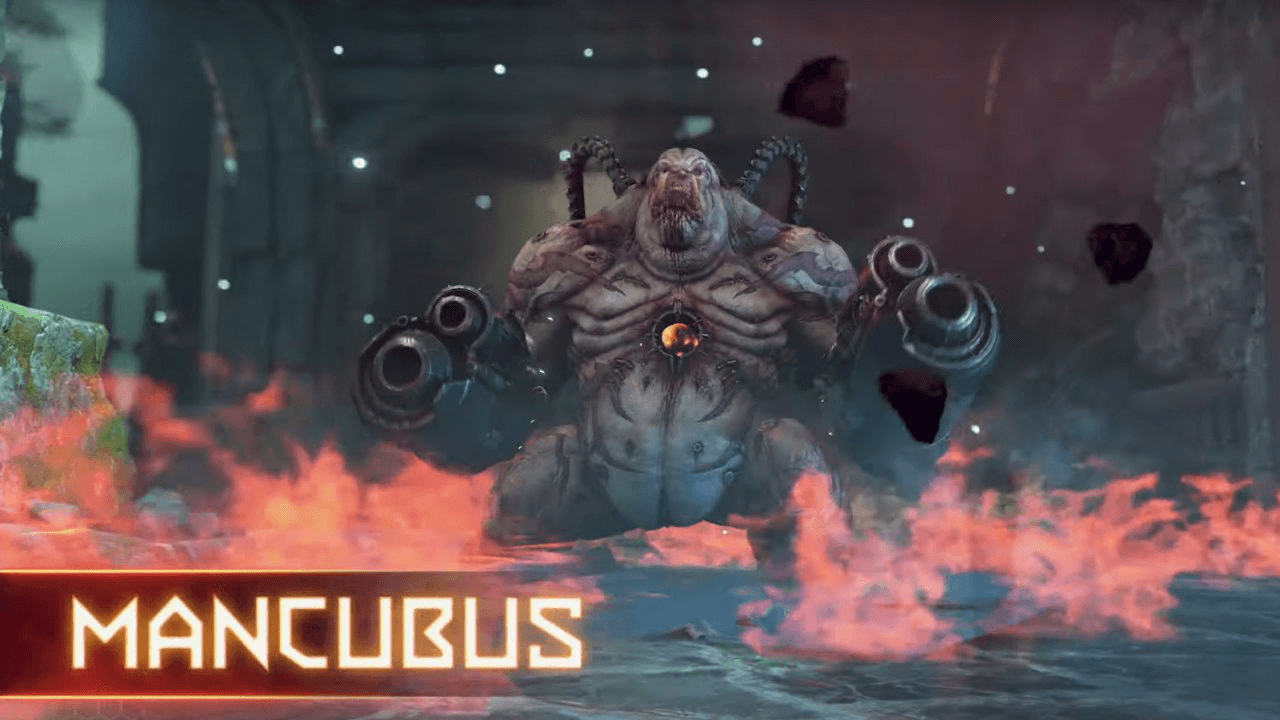 Big, beefy, and badass. He’s got heavy cannons, flamethrowers, and tons of health, all of which make him lethal in a close quarters fight with the Slayer. While he’s not the most mobile demon, his smoke bombs can obscure his position or flush out an elusive Slayer.

Also shown at the event were two other playable demons, Arch-vile and the Marauder. We’ve already seen both from previous footage (including the other demons), but you can check them out again below, because why not? The top image is Arch-vile while the bottom picture is the Marauder. 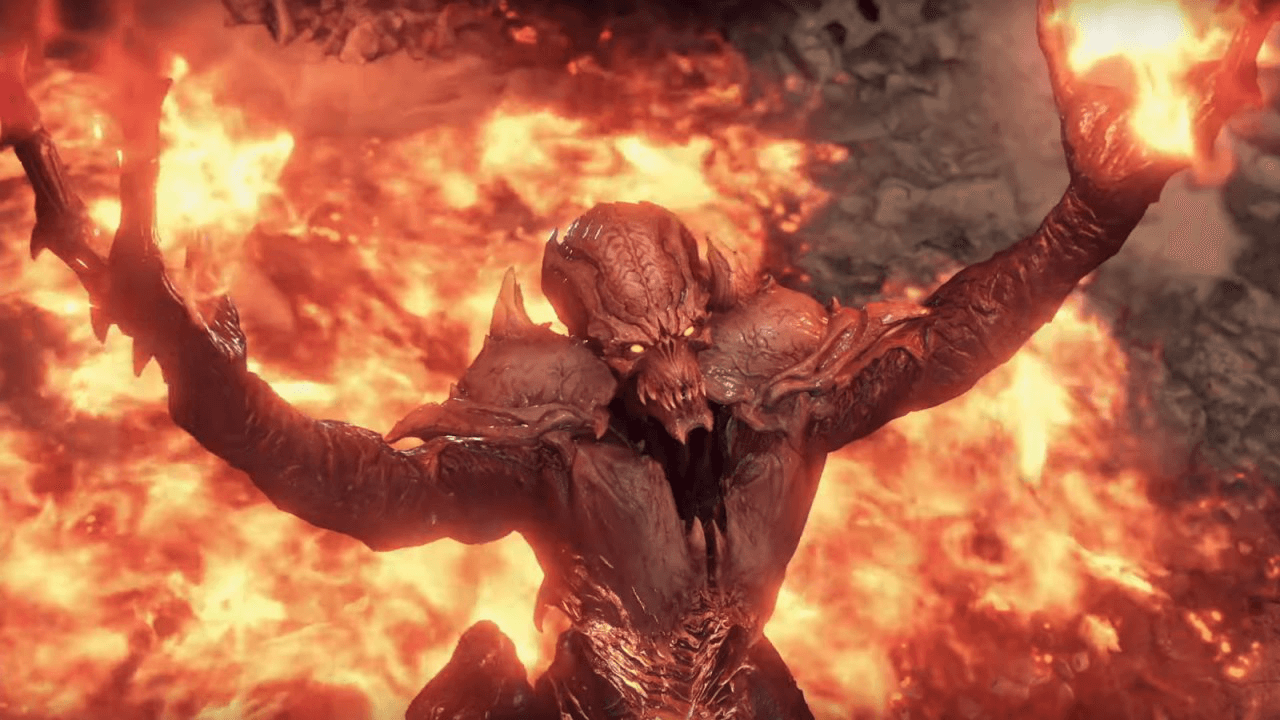 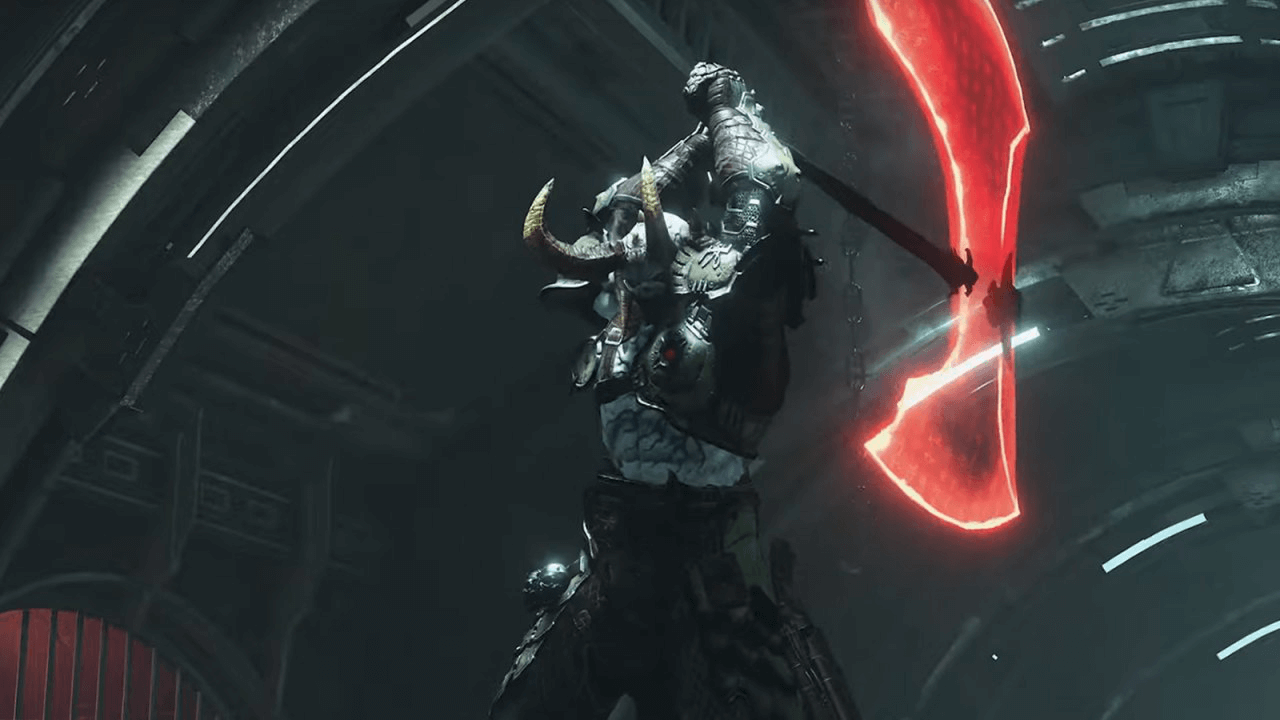 If you’re one of the lucky people to be at QuakeCon this year, you have the opportunity to play a brand-new demo of DOOM Eternal on the gaming floor that is different to the one they brought to E3. If you’re interested in seeing the full keynote address, you can do so below.

Finally, earlier today, we got a good look at the first level of DOOM Eternal. We’re walked through various parts of this stage by the game’s creative director, Hugo Martin. He also discusses gameplay mechanics and a few other topics of interest. You can check this video out below (skip to the one hour mark for the DOOM Eternal segment).