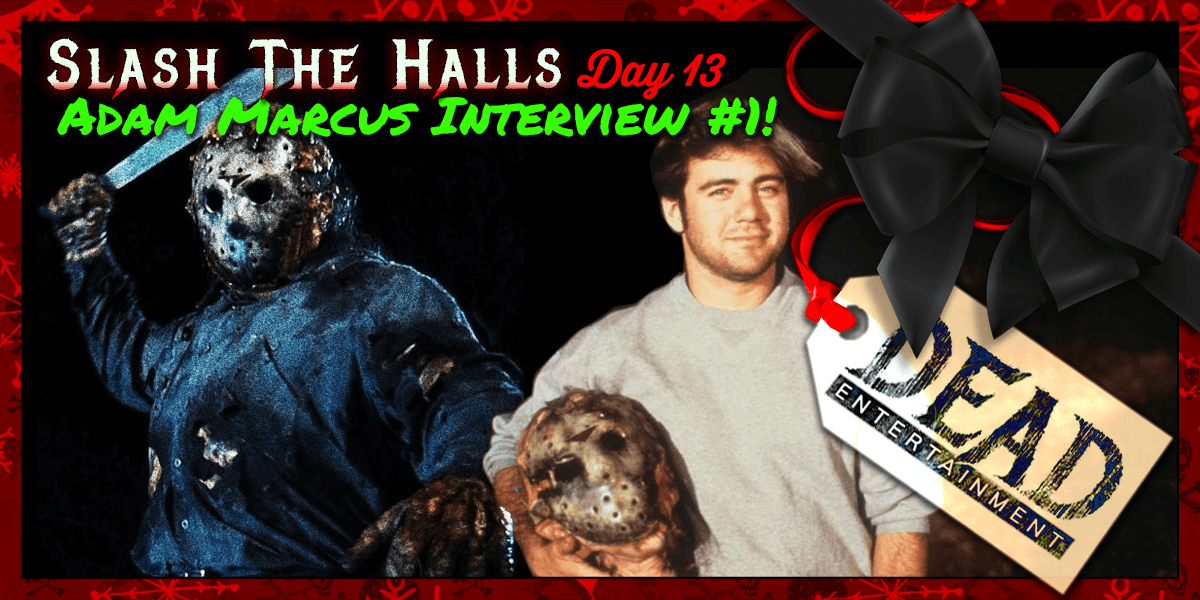 In October of 2017, I had the pleasure of conducting this interview with Jason Goes to Hell director, Adam Marcus, as part of my Friday the 13th YouTube Live event (watch here) on my gaming channel, Live Deliciously & Game. He was kind enough to initially agree to join me as a live guest but I decided against taking up what little free time he had while he showcased his new film, Secret Santa, at the Sitges Film Festival in Spain. Instead, he graciously provided me with fantastic answers to my questions which I’m happy to share with you all. Enjoy! 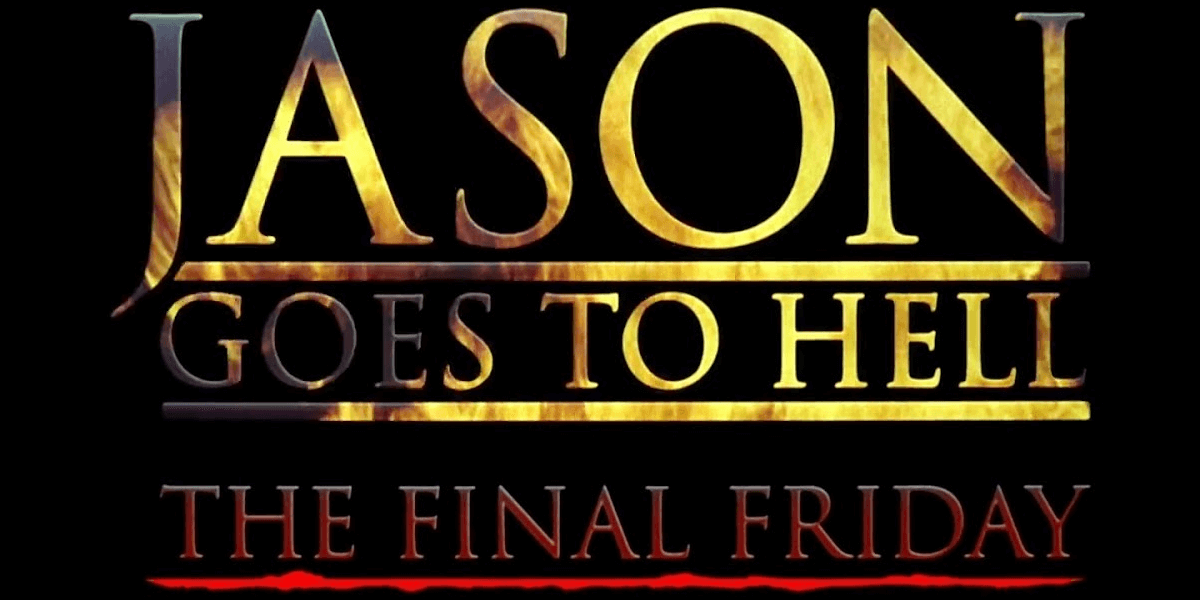 M.T. Bates: Creighton Duke has a very unusual barter system. How did you come up with the finger breaking payment method?

Adam Marcus: Great question and one that no one asks! Okay, the scene in question is the Van Helsing scene. That refers to the scene in all movies where the teacher or obstacle character imparts the secret knowledge of how to destroy the monster or concur the story’s main problem onto the hero. So this is when Van Helsing would tell Jonathan Harker how to destroy Dracula. It’s in every good horror film. Or sci-fi film, think Obi-Wan and Luke. Or coming-of-age Karate film, Mr. Miagi and Danielsan. Or heck, any good movie. So, the problem with scenes like this is that can tend to be boring because they are always expositions. To avoid that, we needed Steven (John D. Lemay) to go through a hero’s journey in a relatively short period of screen time so we added the finger break as a way to pay for information. This shows that he’s willing to do what it takes to go up against Jason so that by the time he has the secret knowledge from Duke he’s shown he’s worthy of said knowledge.

The scene was eight pages of rules. An audience would never retain that amount of gobbledy-guck. Unless they had to suffer for it as well. The tension about Steven willingly letting his fingers be broken made the audience care and they end up retaining the knowledge. By the way, it’s my favorite scene in the film. 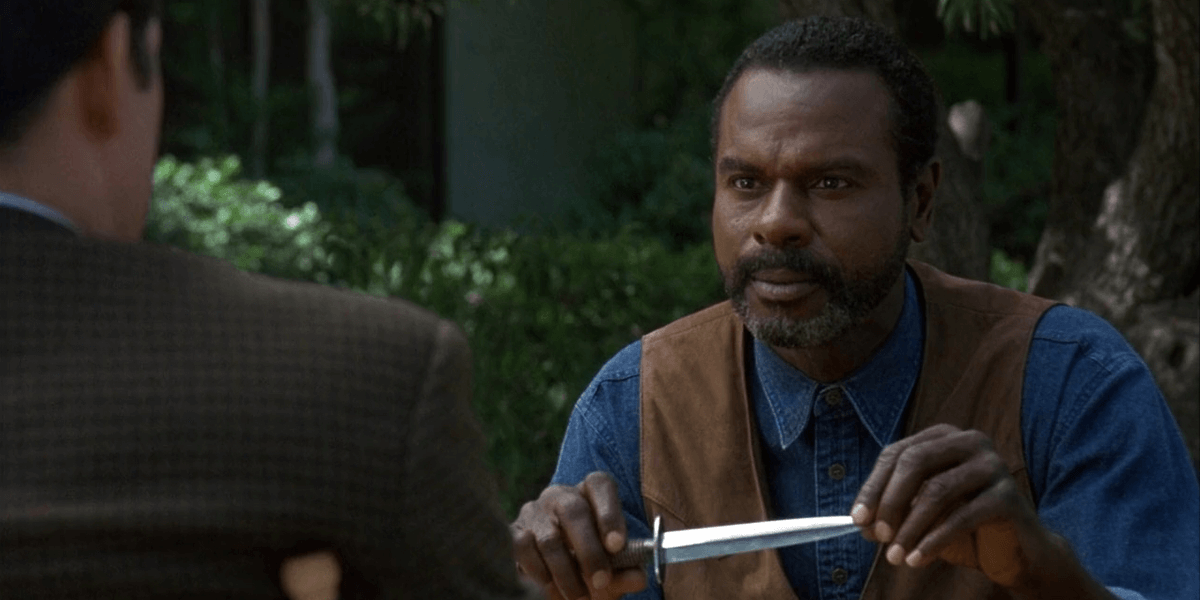 M.T. Bates: Was there any point during your creation process that you realized this story was insane (and I mean that in a good way); even by Friday the 13th standards?

Adam Marcus: Right from the beginning. But I hate safe storytelling. Hate it. We all knew this was a risk but I felt the fans deserved to be treated with respect by not shoving the same damn movie at them for the eighth time (I always omit Part 1 in that equation, by the way). I though Part 6 was an incredibly cool movie and had big balls turning Jason into a Zombie. Part 7 Was awesome for having the telekinetic aspect. But once Jason went on a boat ride to Canada, uh, I mean New York, I felt as a fan, I was no longer being respected and I wanted to change that. I also wanted someone to deal with the fact that Jason is supernatural. Again, how many movies were going to be made by avoiding that backstory? It’s why I asked Sam Raimi to borrow the Necronomicon. And why I put it in the Voorhees house. But that’s a much longer story. 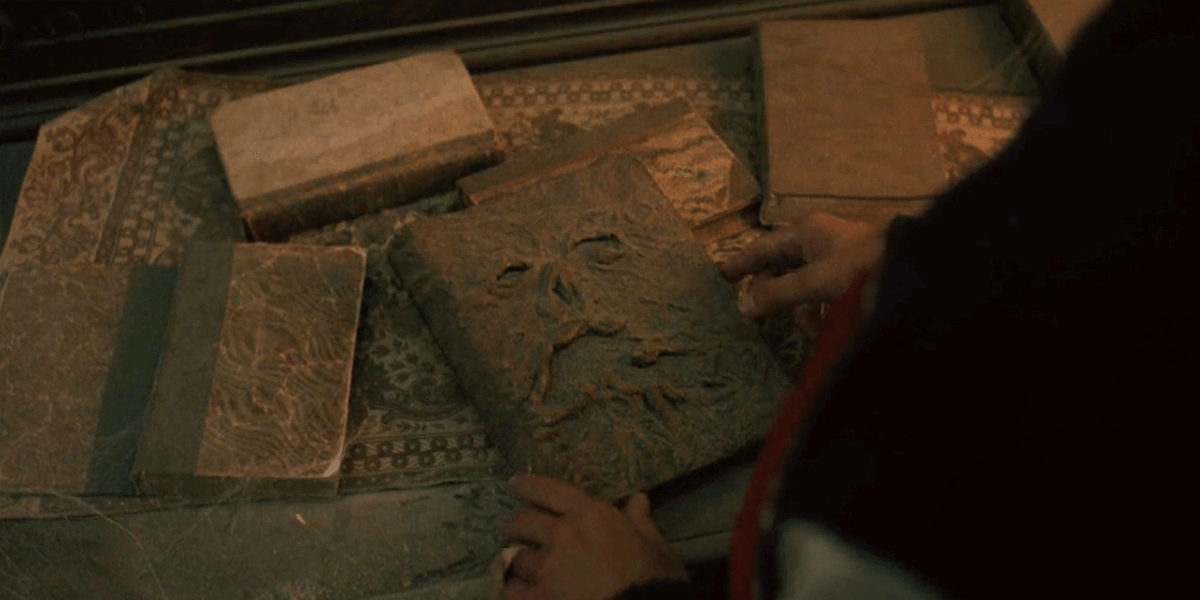 M.T. Bates: The Demon vessel of Jason is commonly known as a HellBaby by fans, what were you guys calling it during the filming process?

Adam Marcus: Jason. That’s what we called it. Or the Jason-Demon. It’s all Jason, by the way. Every interaction is Jason. Every actor who played Jason had to train with Kane to get the movements right. The Demon, both small and large, are all the core of evil that is Jason. It’s why I hate when people don’t get that there is WAAAAAAAAAY more Jason in my film than all the others. It’s a hockey mask they’re pissed about, not Jason.

M.T. Bates: Richard Gant, who played the medical examiner, had to endure one of the most revolting scenes I personally have ever seen. How difficult was it for him to get through it and how many takes did it end up taking?

Adam Marcus: Richard was a trooper. He had three takes as I recall but he really went to town all three times. The heart wasn’t too bad, tasting wise. I tasted it before Richard did just so I knew I wasn’t putting my actor through anything I wasn’t willing to do myself. It was just gelatin, fruit cocktail, Karo syrup, and food coloring. Not too bad. The scene is disgusting and, in fact, a guy in the third row of our first test screening threw up during the scene. Nasty. But awesome!!! 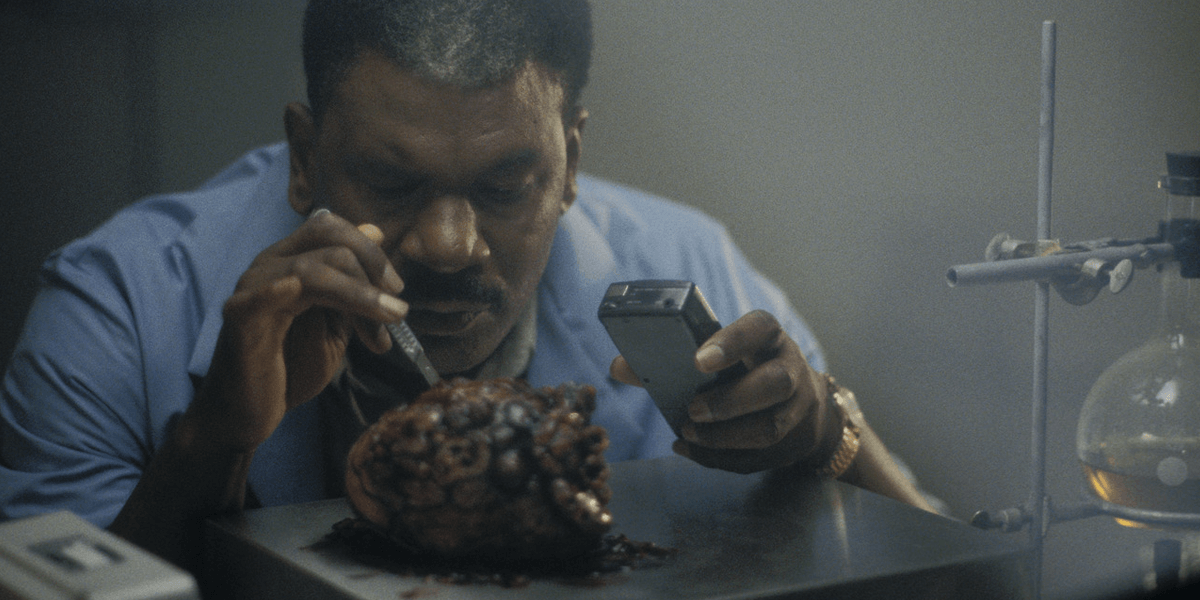 M.T. Bates: Who was the first person you told that Jason was getting blown up within the first few minutes of the film and what was their reaction?

Adam Marcus: Sean S. Cunningham, and he loved the idea. After the film was made we didn’t tell anyone because we wanted to keep it a secret. I even tried to get New Line to do an advertising campaign that would mimic The Crying Game where the poster would have Jason with a finger up to where his mouth is hidden, like he’s shushing you and it would say, “Whatever you do, Don’t give Away the Secret of Jason Goes to Hell, or You’ll Have to Deal with this Guy.” 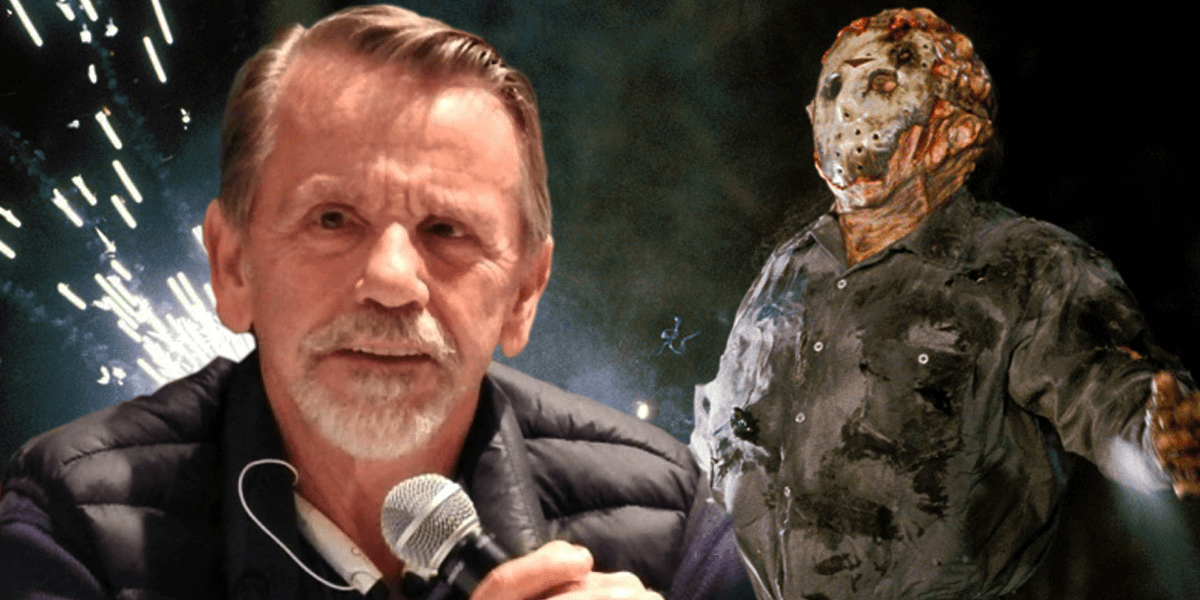 M.T. Bates: The Friday films aren’t known for their memorable or strong male characters aside from Tommy Jarvis (and Jason, of course). You gave us, hands down, the best male character-not-named-Jason in Creighton Duke. How closely did Steven Williams follow the script and how much of his performance was just him embracing the character & running with it?

Adam Marcus: Steven Williams is a genius. That’s the long and short of it. He’s amazing. He played Duke exactly as written. Barely changed a syllable. But he managed to make the character completely his own. He asked if we could play the beginning of the prison scene as if it was an uncomfortable sex-for-information scene. Then turn the anxiety of the homo-erotic nature of the moment into something purely sadistic. He and I totally got each other and from that moment we were off to the races. I love Steven and I would work with him again in a heartbeat!

In fact, I loved all my male cast. They all came up with incredible ways to make my dudes as awesome as the ladies in the film. Including a guy who ended up on the cutting room floor (no fault of his, his performance was incredible), Jonathan Penner. He was brilliant and he ended up becoming a terrific screenwriter who wrote The Last Supper and The Bye-Bye Man.

The women in the film were equally brilliant. From Rusty Schwimmer to Alison Smith to Erin Grey. God, I had a brilliant cast. Love my actors!!!

M.T. Bates: Atmosphere played key roles in the first few films, but it was lost in the later films. You managed to bring it back despite the lack of a camp setting for most of the movie. The scene leading up to Edna’s death in particular outside of the diner comes to mind. It was beautifully shot and wonderfully creepy. Okay so this isn’t really a question, just me gushing over how I loved the atmosphere.

Adam Marcus: Thanks man! We really took pride in what we were doing and I’m glad it showed. I had great artists on this thing. Bill Dill is the real deal when it comes to cinematography. He’s a genius. And Brook Wheeler was my production designer and consistently went above and beyond. Great people all over JGTH and the film is beautiful for it. 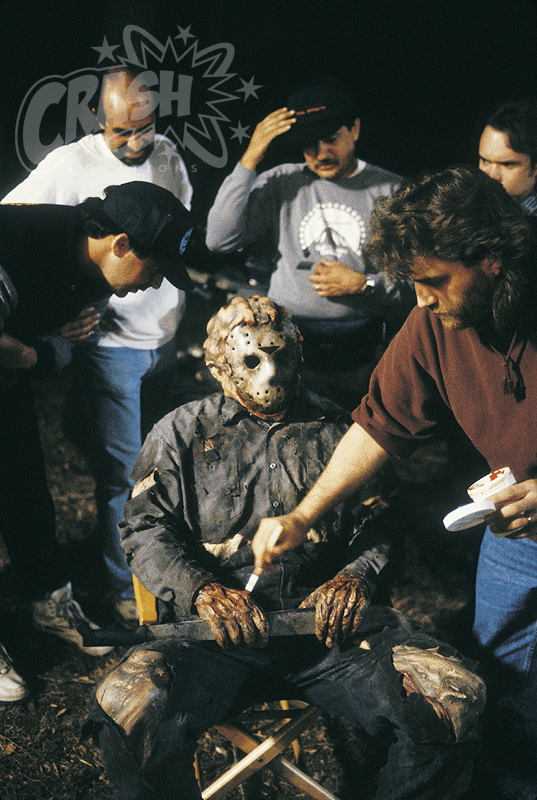 M.T. Bates: I was only around six years old when this movie came out, and it wasn’t until I was about nine or ten that I finally saw it. I watched it in the backyard of a neighbor’s house… at night. I can remember the kills being so brutal it actually made me nauseous and I couldn’t finish the movie the first time through (Ward's hand being broken did me in). What inspiration led to some of these inventive kills?

Adam Marcus: Just that! Your reaction is what inspired the kills. I wanted the kills to hurt. To feel real. Outlandish, yes, but painful. I had to do two things to pull that off. First, make you love the people. Second, make the murders seem huge but feel like something the audience could understand. This all came from obsessively watching The Godfather. The violence in those movies is ugly and personal. That was what I aspired to. Not to other Friday films, but to The Godfather films. The finger breaks, or the back of the head in the car door, or even the grand-daddy of all kills, the tent spike sex interruption. They’re all personal and ugly. I felt the machete was boring. I wanted something with teeth. Also, I had Bob Kurtzman and the rest of the KNB team. I wasn’t going to waste their talents on throat slits and belly stabs. 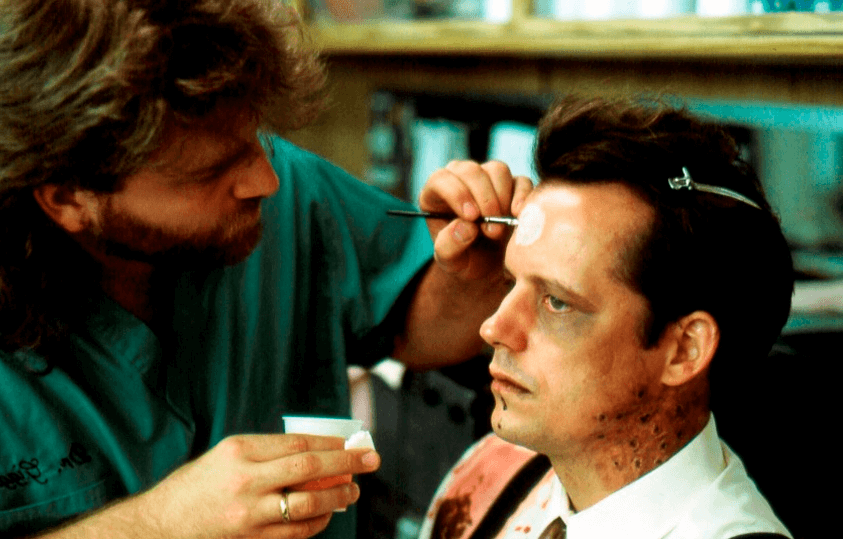 M.T. Bates: Every Friday film has revealed Jason’s face to some degree at one point or another. Your film didn’t. What was the reason for keeping Jason masked the entire time?

Adam Marcus: The face of fear is only scary if you never see it. What’s in the shadows is scary. What’s exposed becomes commonplace. Take Darth Vader, masked… holy crap is that scary and badass. Unmasked, it’s a purple cantaloupe that was once Hayden Christensen. 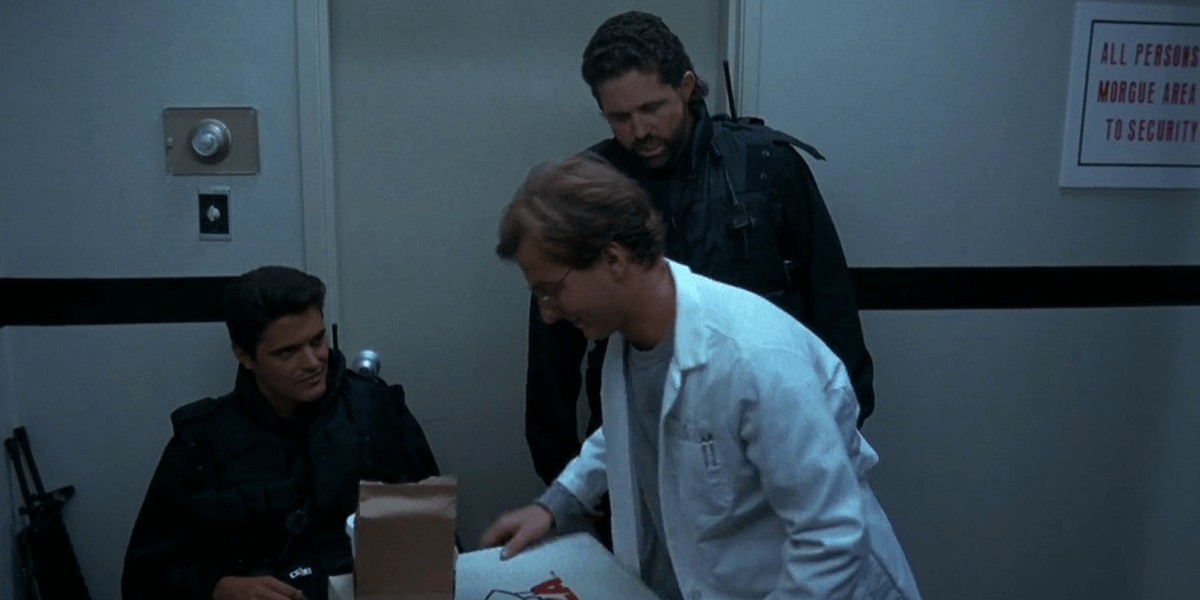 M.T. Bates: It is no secret that Jason Goes to Hell is not a fan favorite, despite it having some of the most lively and memorable characters, kills, and scenes. It ranks in as my 3rd favorite in the franchise, personally. You were twenty-three when you made this film and it was your first. If you could go back and change anything about it now, would you, and what would it be?

Adam Marcus: Only one thing. There was no CGI at the time to do it, but my initial concept was that every time someone who was possessed by Jason, as their body deteriorated from the intense evil within, they would start to decompose and the hockey mask would start to form, under the skin. So someone’s face would start to have ridges that would seem like the mask was going to break through. That way the audience would have more classic “Jason” and people would stop hating on the fact the mask wasn’t in the film enough. Wanted to do it back then, just couldn’t. 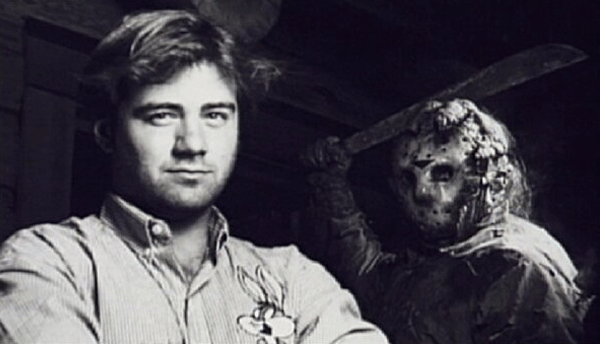 There you have it! Be sure to follow Adam Marcus on Twitter and check out his upcoming film, Secret Santa – coming in 2018! 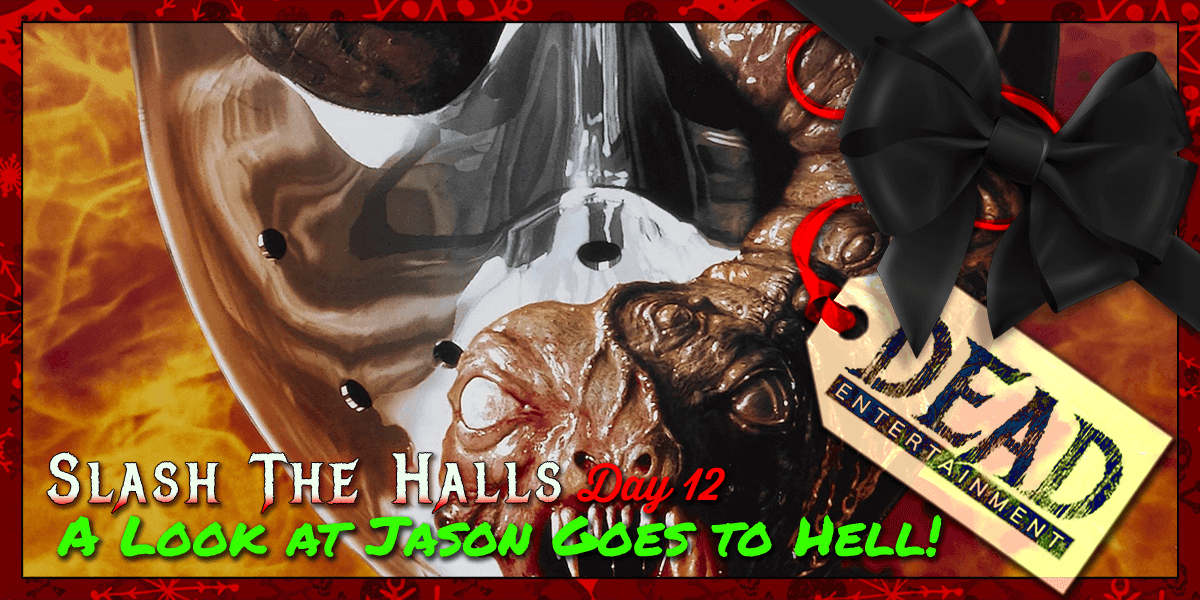 Jason Goes to Hell, and Stole My Heart

A look back at Jason Goes to Hell and why it's actually great.

The actor-turned-attorney shares some greater insight into the legal battle unfolding and what it could mean for the franchise. 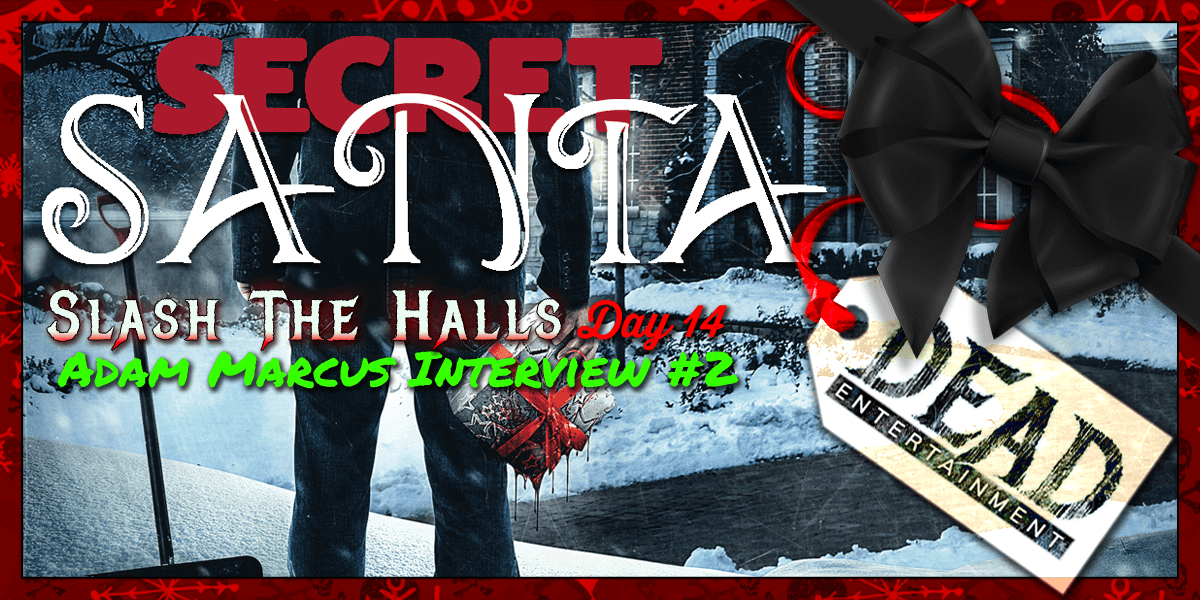 Mr. Marcus invites us over for the holidays! 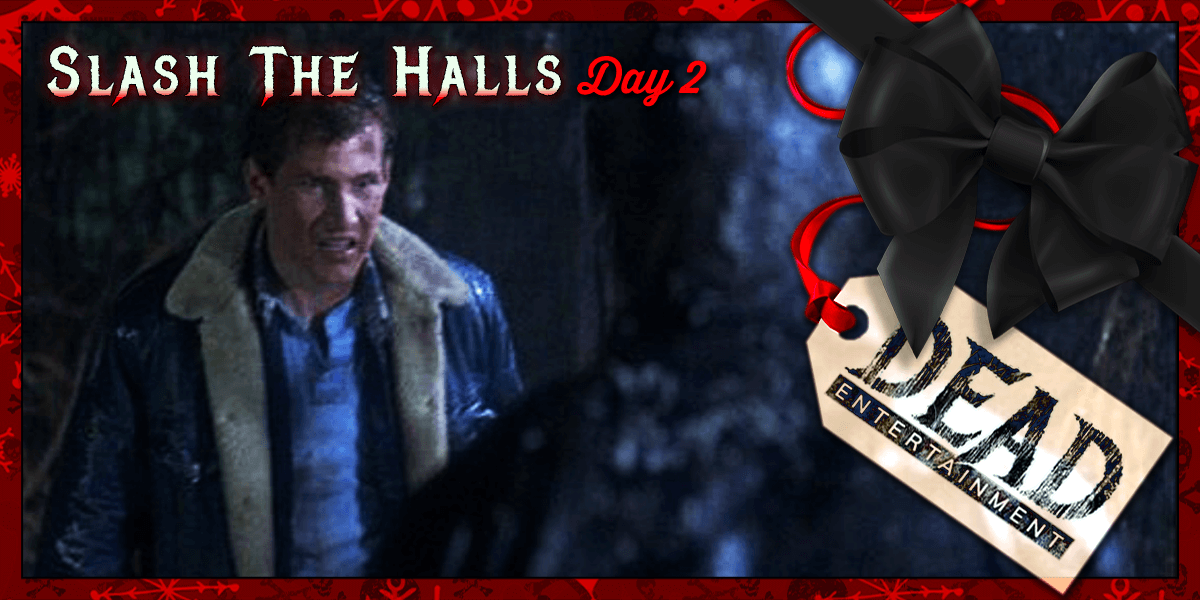 Friday the 13th's Tommy Jarvis: The Hero of Horror

An in-depth look at the development of Friday the 13th's protagonist, Tommy Jarvis.